The Parc de la Ciutadella, Barcelona’s urban “green lung”, is no ordinary park situated south from Arc de Triomf in Barcelona. In 1869, the demolition of the military citadel, built a century earlier by Philip V, was highly significant for a boom Barcelona with its sights firmly set on the 1888 Universal Exhibition. The result was a park which the architect Josep Fontseré adapted to the needs of the world fair.

Relics of the exhibition can still be seen today in the Parc de la Ciutadella, with buildings such as the Castell dels Tres Dragons, which occupies the original restaurant designed for the exhibition by Domènech i Montaner, the waterfall and lake, designed by Fontseré, and the beautiful plant house, the Umbracle, and glass house, the Hivernacle. Barcelona Zoo has stood on the other side of the park since 1892. The Catalan Parliament stands in the parade ground, in the former military arsenal of the citadel. Nearby, you can see a replica of Josep Llimona’s beautiful sculpture “El desconsol” (Distress), which is one of the most important pieces of public art in the park.

A giant mammoth and a bandstand are among the other elements which surprise visitors to this vibrant central park in Barcelona, which covers an area of 18 hectares.

On Friday last week we went in the evening to Park Ciutadella to spend a nice picnic after school and to watch the beautiful sunset of Barcelona behind the Arc de Triomf. We prepared a lot of different food…salads, cheese, olives, fruit, carrots and many more. The students chilled in the green scenery that is situated just close to the city center and rested after an effective day at the language school. The parc is a perfect relaxing alternative to the beach and it is one of the best spots in Barcelona for a picnic with friends after work or during the weekend.

Yoga on the beach

Cinema on the beach 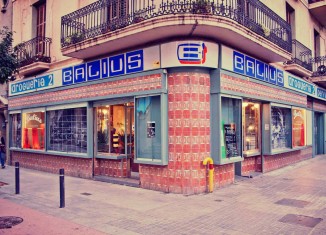 Nov 19, 2016
Some students say that after a few drinks they start speak better Spanish. In order for you to try out this theory for yourself, we made a... 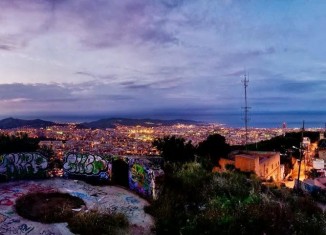 Enjoying the best view of Barcelona

Jul 23, 2015
The Bunker, located at the top of Rovira in the Carmel barrio is the perfect place to enjoy an afternoon and evening with your...