We went to Feria de Abril at park Fòrum to immerse ourselfs in the smell of roses and barbecues, the clicking of castanets and the sight of polka dot-dressed señoritas dancing all night long.

The ‘April Fair’ is typically associated with the Andalusian capital, Seville. However in 1971, Andalusian immigrants in Barcelona began their own version of the Feria de Abril de Sevilla which has since grown to become the second-largest Spring Fair in Spain. It’s a colourful and exciting week!

Synonymous with the Feria de Abril are the casetas, meaning “little house”. Each year there are about 70 casetas, filled with happy throngs of people all eating, dancing and celebrating the southern way of life.

The casetas are completely open to the public. Everyone is welcome inside, try some traditional food, enjoy a tipple and watch the flamenco shows and performers – some even have dance floors so you can join in the action!

Another important part of the Feria de Abril is the huge fairground, complete with a Ferris wheel overlooking the Mediterranean Sea.

Yoga on the beach

Cinema on the beach 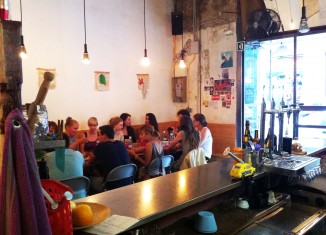 Nov 26, 2016
Some students say that after a few drinks they start speak better Spanish. In order for you to try out this theory for yourself, we made a... 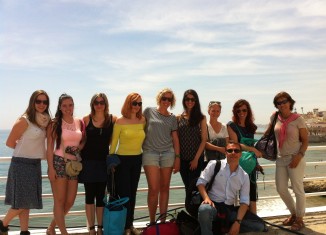